ZTAG Drone Laser Tag Board (1pc)
Based on 0 reviews. - Write a review
AUD $85.07
Add to Cart
Add to Wish List Compare this Product

The ZTAG system is a Drone Laser Tag System designed to work with any HD digital drone! Are you ready to be a real fighter pilot? ZTAG simply provides a circuit board with mounting holes and you can decide the best way to mount this in front of your HD camera. There are STL files for common frames that have 18-33mm spacing between its bottom camera standoff screws. The board will require 5-28V input voltages (handles 2S-6S or 5V directly from your flight controller).

How Does It Work?

These prints are necessary for the proper mounting and performance of your ZTAG Laser Tag system!

Check out this video by Rotor Riot featuring ZTAG! 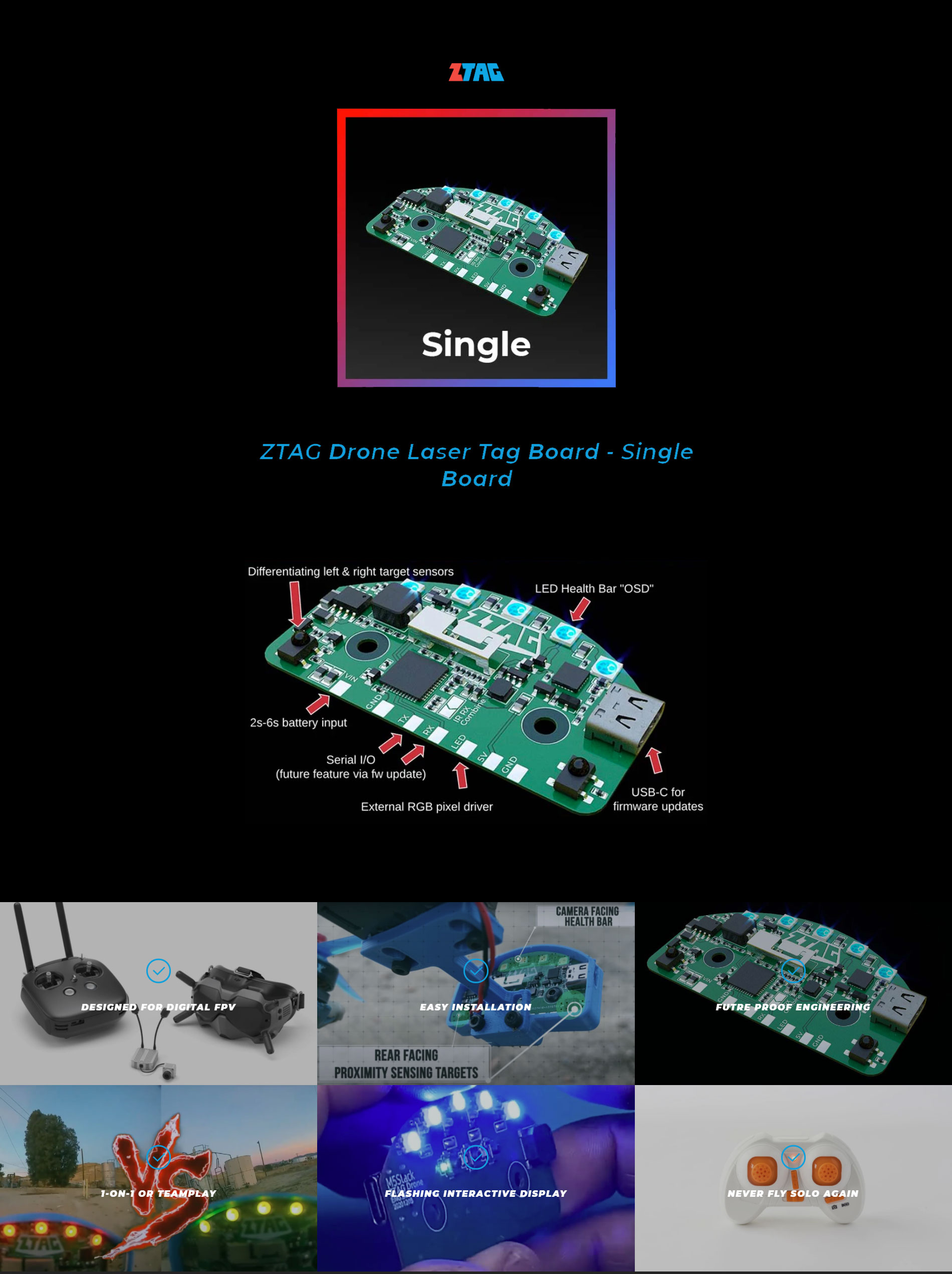 Note: You will need at least 2x boards to play with a friend! Don't forget to order 2x in most cases unless you are buying a replacement.

DSLR IR Shutter controller
This IR blaster is used to trigger a shutter release on a DSLR plug into a spare channel on your receiver and start shooting Would go well with th..
AUD $9.43
Ex Tax:AUD $8.58
Add to Cart
Add to Wish List Compare this Product